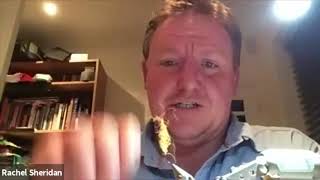 Attached is a video of Richard Ellis's Zoom demo, which is a precursor for our new programme.

Our now annual trip to the River Test at Wherwell started as usual at Fleet Services where we indulged in Latte’s and bacon/sausage rolls all round. As well as myself there was Ray Marks, Paul Pavlou, Stephen Lew, Bob & Nick Ring. We got to Wherwell at 9am and were alarmed to see another dozen cars there, last year we had the place to ourselves. I spoke to the riverkeeper later in the day who admitted that the office had overbooked, I pointed out that we had booked and paid f